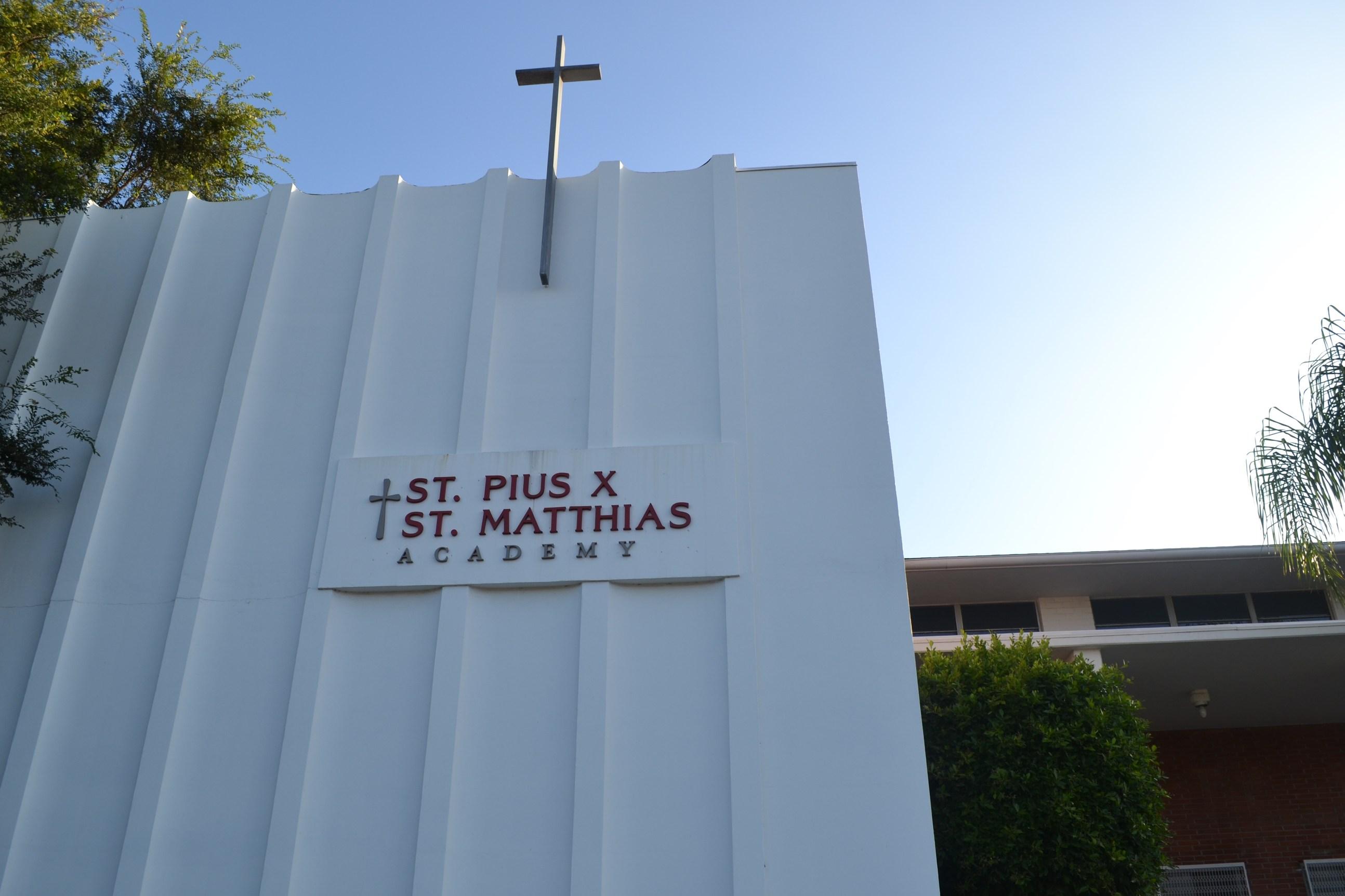 In the year 1953, the Archdiocese of Los Angeles launched Pius X High School which served a co-ed population from the southeast area of Los Angeles county.  The campus was home to Pius X High School from 1953 until the Archdiocese of Los Angeles announced a school realignment transforming Pius X, a co-educational high school, into a co-institutional high school with St. Matthias, phasing out the Pius X program over a three-year period.  About 80% of St. Matthias’ all-girls student body of 300 transferred to Pius X campus.  This resulted in larger all-girls high school located on the sprawling 17-acre Pius X campus.

For thirty-seven years, St. Matthias high School was located on Stafford Avenue and Belgrave Streets in Huntington Park, California until the realignment to the Downey campus.  In 2001 it was recognized as National Blue Ribbon School of Excellence by the US Department of Education.

The Center for Catholic Education study, looked at how the school was achieving the Catholic Education mission on the campus, at the current time. It also looked for ways that we could better serve the needs of the surrounding community. As a result of this study, the Archdiocese of Los Angeles announced that St. Matthias High school would transition to a co-ed school as St. Pius X-St. Matthias Academy enrolling Freshmen boys and girls in the Fall of 2013.

With this transition, the school saw many transformations both in its student profile and the facility upgrades and renovations that took place in the Spring and Summer of 2013.

A grand re-dedication and blessing with the Archbishop of Los Angeles took place on August 9, 2013 and the school opened the following week with a co-ed Freshmen class. The opportunities for students to build a legacy and foundation for future generations are endless.